On Tuesday, 10/17, Robin Worley and Ruby Re-Usable were interviewed by Kathy Goertzen on KOMO-TV News about the Seattle RE Store Recycled Art and Fashion Show.

Robin wore her latest creation: a skirt made from a life raft that she found while hiking along the Willamette River, along with an old shower curtain transformed into a blouse that was trimmed with a polka dotted shower cap, and a hat made with zippers and tar paper; she looked fabulous as she explained the outfit and the philosophy of Haute Trash Fashion.

Ruby R-U dressed in black shirt and pants to set off the bottle cap belt made by Ruby the Resourceress and Stuart Gullstrand‘s colorful plastic lids necklace that he gave her at last year’s recycled art show. She also wore the red boots that Marita gave her.

The interview was live and it went well but was over in less than 4 minutes. Robin, being the seasoned pro, did most of the talking, but Ruby did manage to mention the NYFA address and show off some of her artwork, including the “Sweet Wishes” fairies, the “Dreamer” and “Wonderful Kids” (below) 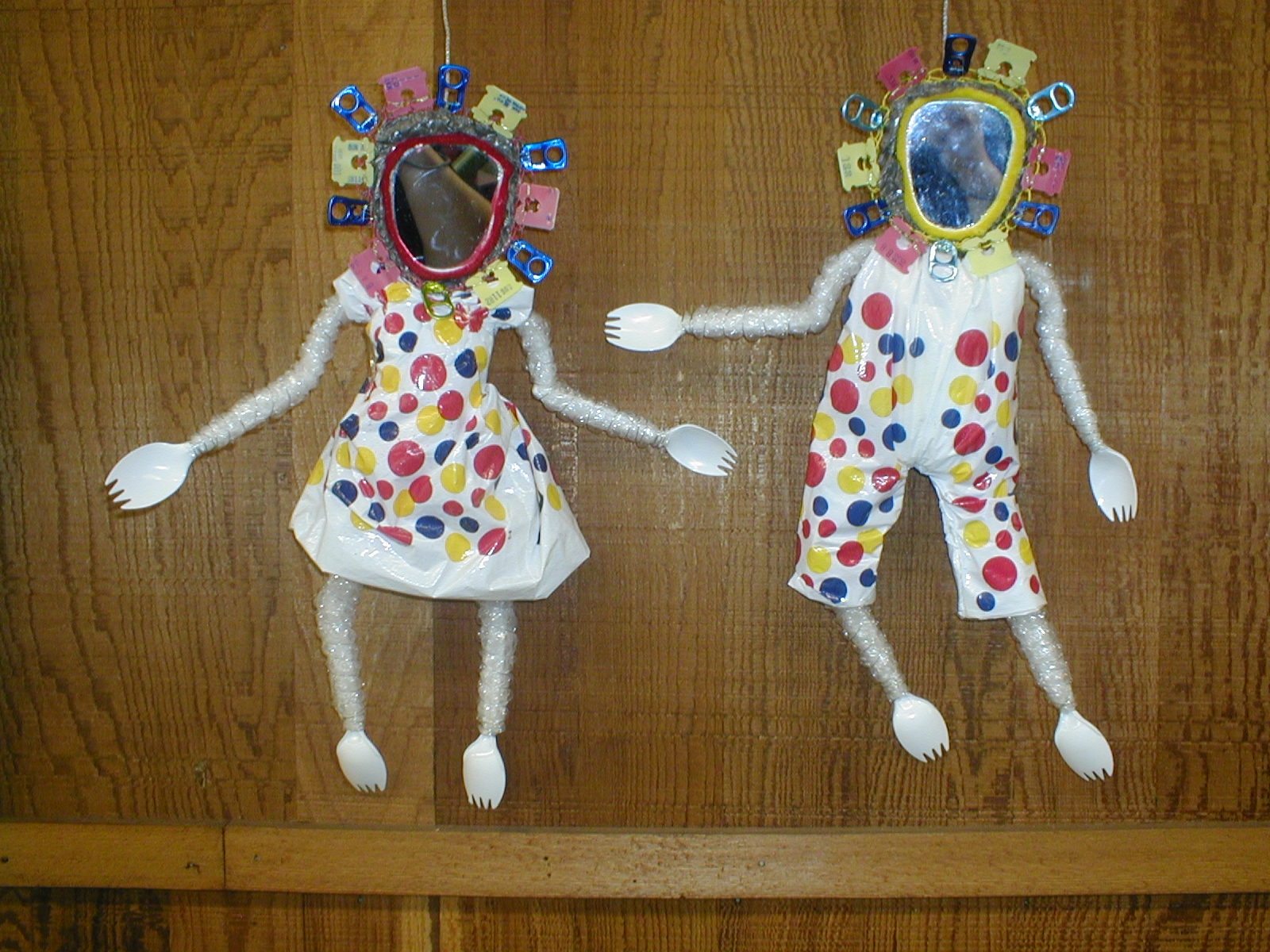 Wish they would have shot some footage of the recycled art show at the NYFA and/or the RE-Store instead of asking us to bring “props,” felt like show and tell time, oh well, maybe it will have inspired some folks to actually go and see the actual art exhibits.