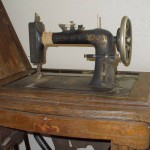 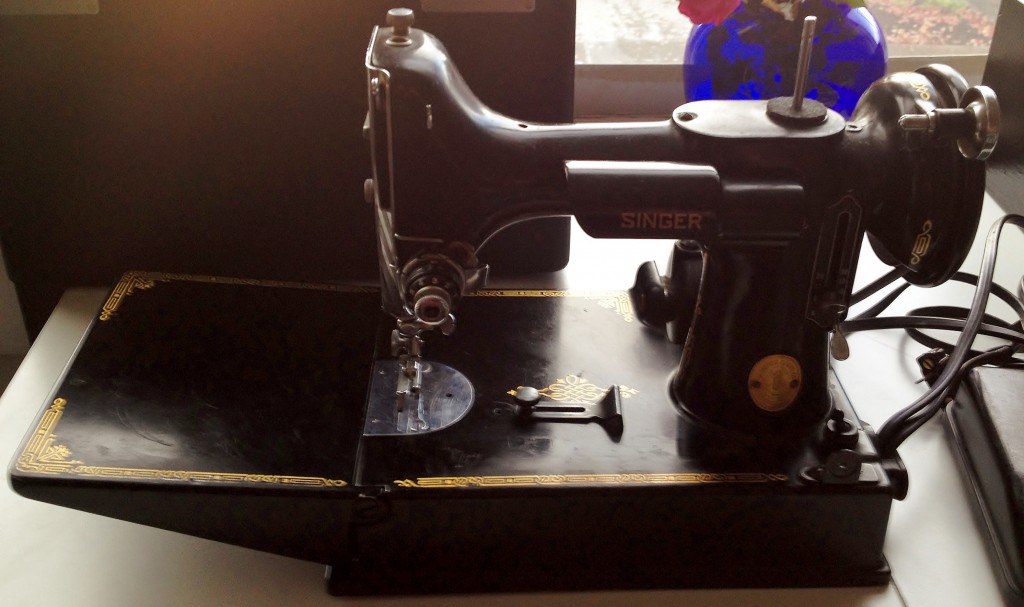 the Singer 201 Featherweight that I found at an estate sale

2015 has turned into “the year that Ruby became a sewing machine  collector.”  It all started when Wanda Wastenot wanted to sew something using my boring old JC Penney sewing machine (a cheap portable machine that someone gave me over 30 years ago — I used it to make quilts and stuff when I was a fiber arts student at the UW, but it was never an inspiring sewing machine) and we discovered that the machine wasn’t working. So then our friend Carl S showed me how to get some of the dust out and give it some oil, which it desperately needed, since it had been sitting, unused and neglected, for quite some time.  Getting that machine to run again made me think about sewing again, which I haven’t really done in quite awhile.  I decided I needed some inspiration, and thought a treadle sewing machine just might do the trick, so I mentioned to Lulu Let-It-Go that I wanted one.  Well, it just so happened that someone had just told Lulu that she had an unwanted treadle sewing machine that she wanted to give away to a deserving artist.  Next thing you know, I was the proud owner of a White Rotary treadle sewing machine that needed some work, including a new belt, to get it running, which is how I met Molly of In Fine Time, who repairs and resells old sewing machines.  She got the treadle going, but I have to confess, I still have not sewn anything on it yet … meanwhile, I started reading about vintage sewing machines and fell in love with the idea of something so old being so solid and well made and useful, and the next thing I know, I have acquired a Singer 66 that was made in 1913 and a Singer 221 Featherweight that was made in 1950, plus a 1960’s Singer Fashion Mate 237 M-A that I thought might come in handy, and, more recently, an older Brother sewing machine that seemed like a good idea.  So many sewing machines — what to sew?! Hopefully 2016 will be the year of sewing projects! 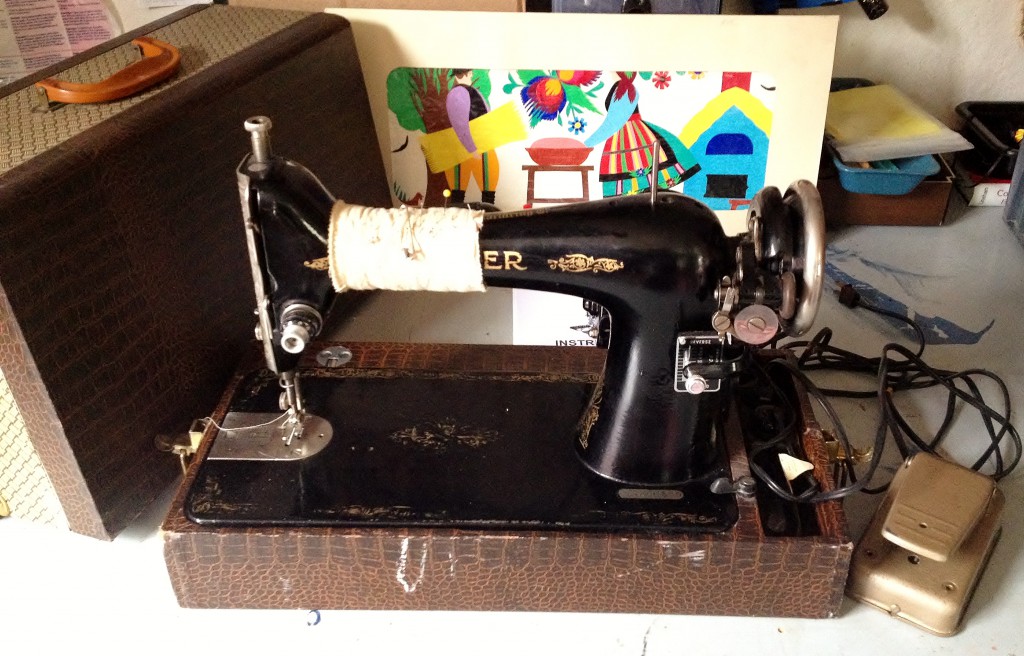 the Singer 66 that I purchased via Craigslist (not the prettiest vintage sewing machine, but very functional — although I really do admire some of the more ornate models and hope to have one someday …)