In April of 2008, The Black Front Gallery presented a group show with a street art theme, which included Joe Penrod ‘s tape shadows, Adie Janci’s Legs Project, Diane Kurzyna aka Ruby Re-Usable’s plastic bag and tape sculptures, and five graffiti writers/artists who wished to remain incognito but created a mural as part of a fundraiser for DIAR. In the other room was new work by Skie Bender and an ambitious installation in the small room by Laura Sharp Wilson entitled “Busy.” 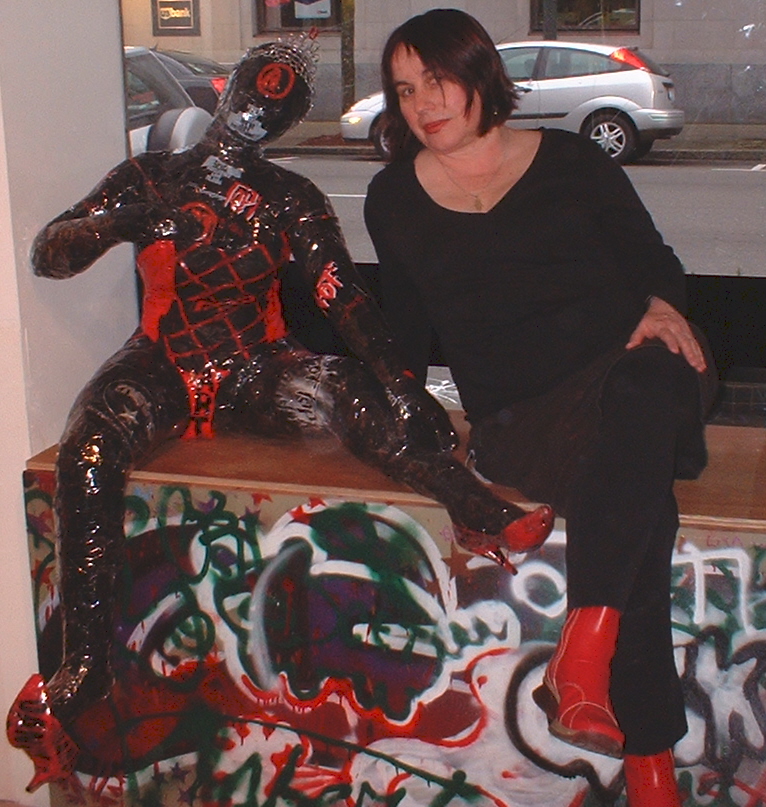 Ruby Re-Usable created new figures for this exhibit that were in part homages to the graffiti artists of the Olympia Capitol Theater Free Wall and in part a series of self-portraits, as well as a continued exploration of materials and space.