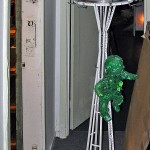 We have been remiss in reporting what is happening in the world of art from recycled materials!  Here it is, 2012, The Year of the Dragon, and we have already broken all sorts of New Year’s Resolutions … like drinking less/posting more often … although we do have a good excuse this time: the weather here in Olympia (snow, ice, rain and wind, in that order) caused major power outages, and so we have been without internet for several days (as well as without electricity, phone, etc, but the liquor cabinet was well-stocked).  And while the city was crippled from this storm, some art thieves took advantage of the situation to break into our beloved Matter! Gallery and make off with two pieces of art made from repurposed media: 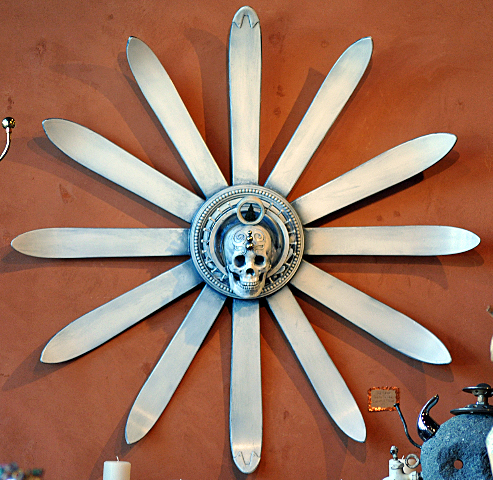 Tribute To The Concussed Skier by Jud Turner (50″ diameter) 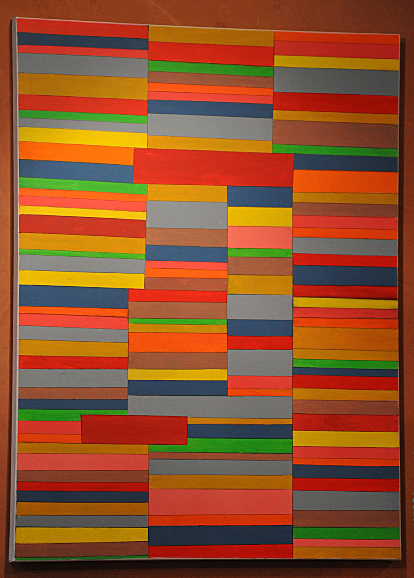 Sometime late on Friday evening (1/20/12), the burglars (at least two) bashed in one of the skylights and rappelled themselves into the gallery.  The thieves took the artworks out the back door and were in the process of removing two additional works (Pat Tassoni‘s Space Needle Coat Rack and Ruby Re-Usable‘s Green Trash Gyre Baby) when they were apparently interrupted. Olympia Police recorded footprints on the skylight, floors, and walls.  There are still no suspects, but the media has been paying attention to this unusual art heist.

Read all about it: The Olympian, ArtLyst, the Huffington Post, and the Register-Guard; see some news clips on Q-13 FOX News and KOMO News

IF you have any info, contact Jo Gallaugher: jojo@matteroly.com 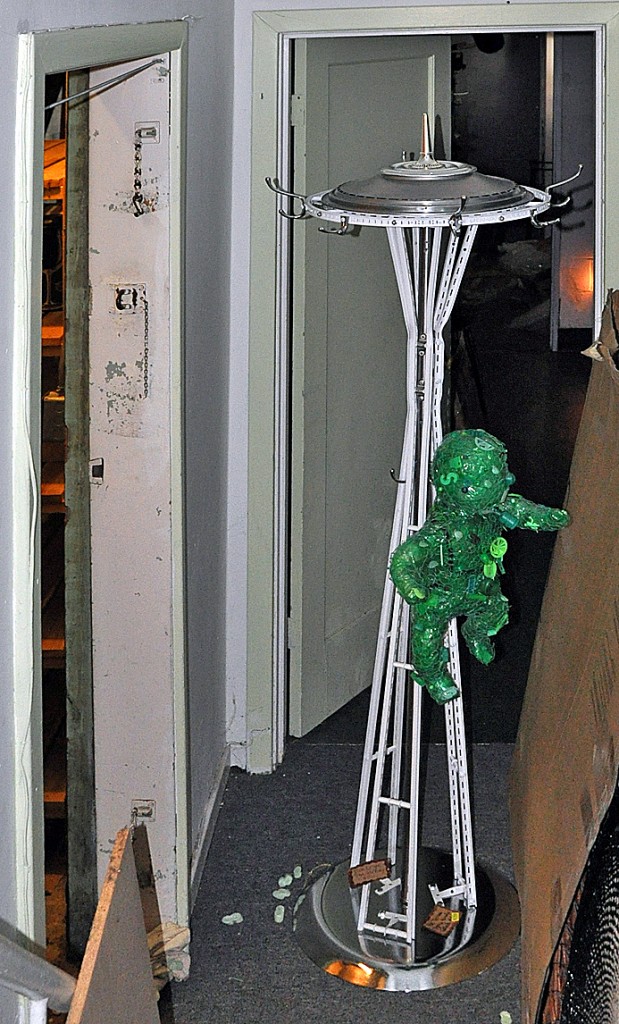 all photos by Robert Snell