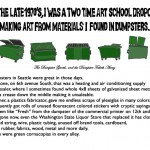 Artists use a myriad of materials from a variety of sources, including, of course, dumpsters.  Check out this booklet by Ries Niemi, which he made for the Chamber Music exhibit at the  Frye Art Museum: 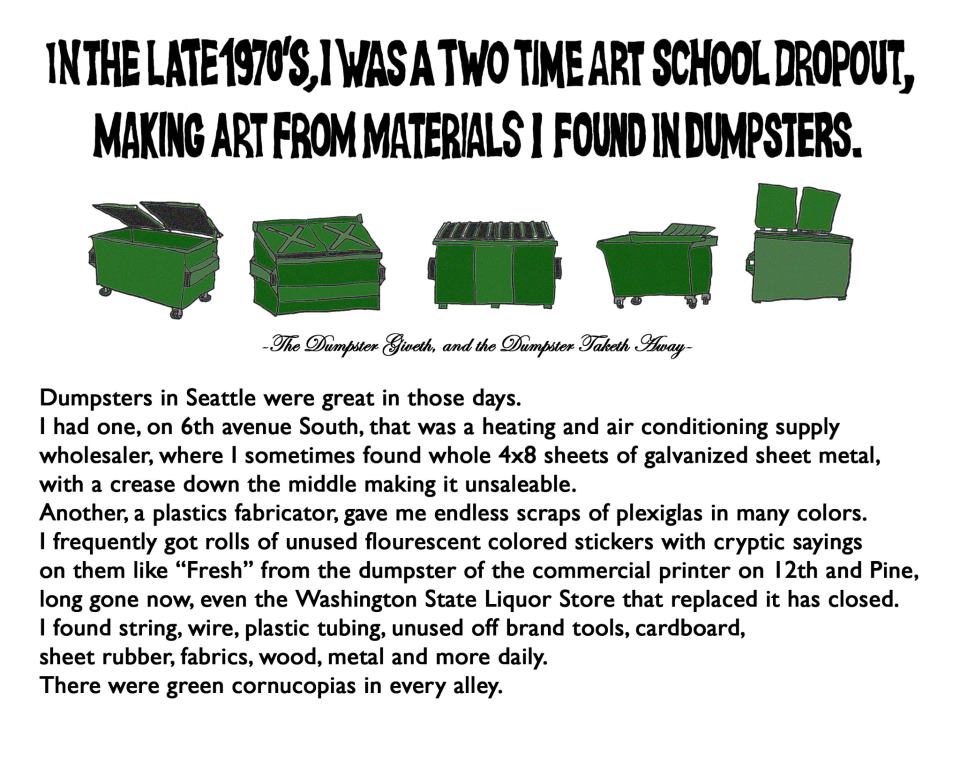 … the book is actually not all about dumpsters- its a series of stories about my first show, at Rosco Louie, and sort of my art in general in about 1978.  So really only those first two pages are specifically about dumpsters, although dumpster materials are mentioned from time to time.   Ries Niemi

Ries Niemi’s booklet, I Might Have Been There, is available HERE

We also are intrigued by his Giant Blue Dress: 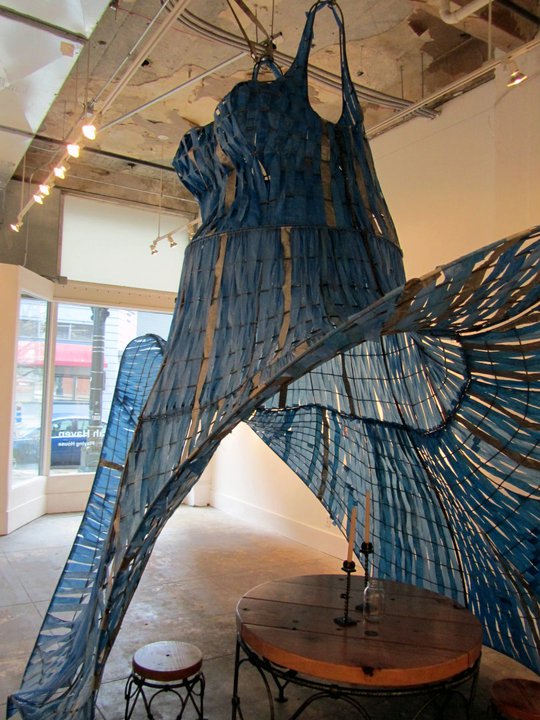 Giant Blue Dress is 12 feet tall, made from recycled blue tarp woven over a steel armature, it fills the gallery reaching from wall to wall, and up to the ceiling. It hovers above the floor, floating in space.  Its a structure, a wearable yurt. Its a goddess monument. Its a reflection on the influence that the book The Tin Drum, by Gunter Grass, had on me as a teenager.  I built it full scale, then cut it into pieces small enough to fit through the standard 3 foot wide door of the gallery, and sewed it back together inside.  Ries Niemi