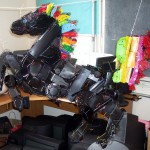 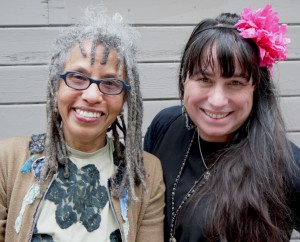 Marita Dingus and Ruby Re-Usable worked with all of the 7th graders  at McClure Middle School in Seattle for 3 days (5/15 – 5/17/2013) to create “mavericks” (the school mascot) out of discarded plastic stuff which they attached with telephone wire to a black plastic mesh that was purchased at the RE Store.  There were 5 classes (about 130 students total), so 5 horses were created for display in the main entry way.   The installation should happen in June, so stayed tuned.  Some pics from the project HERE 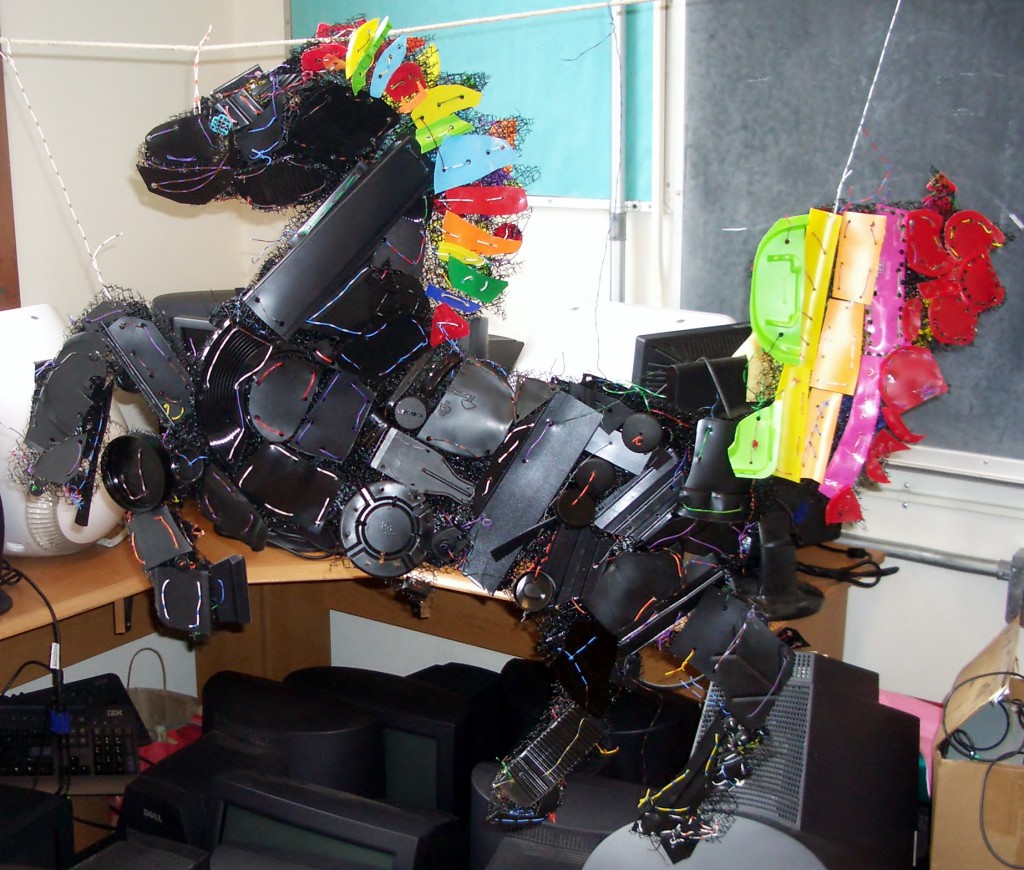 maverick made from mostly black plastic, with rainbow mane and tail

We were interviewed for the school newspaper, and one of the students asked us how did we meet; so we told him how back in 1986 we were both in a juried craft show at the (old) Tacoma Art Museum, and were really impressed by the other’s work. It was Marita who turned Ruby on to the joys of using a glue gun!  And it was during a brainstorming session in Ruby’s living room, with Marita wondering what to do with a bunch of fabric and telephone wire, that the “snake” project was born, which became the basis for the “animals” and “little people” projects.  Watch a vid of Marita demonstrating How to Make Little People with Marita Dingus on Vimeo 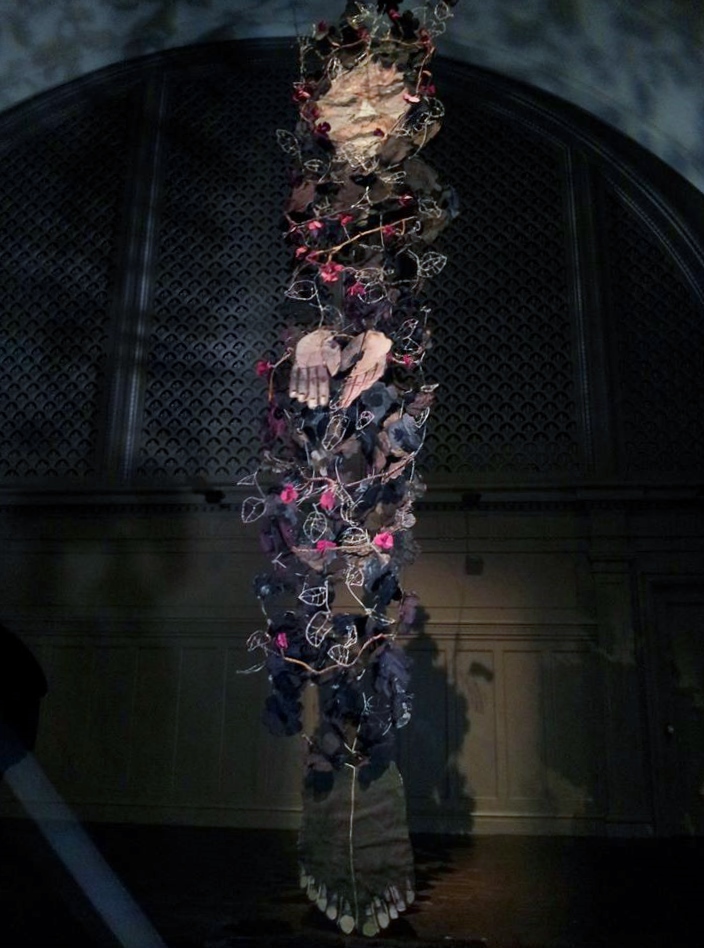 Woman As the Creator by Marita Dingus at Town Hall

On May 17, 2013, Marita Dingus donated her amazing 18′ tall piece, Woman As the Creator (which made its debut at the Sonja Henning Museum in Oslo before being shown at the Museum of Glass in Tacoma), to Town Hall in honor of Louise McKenny