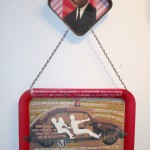 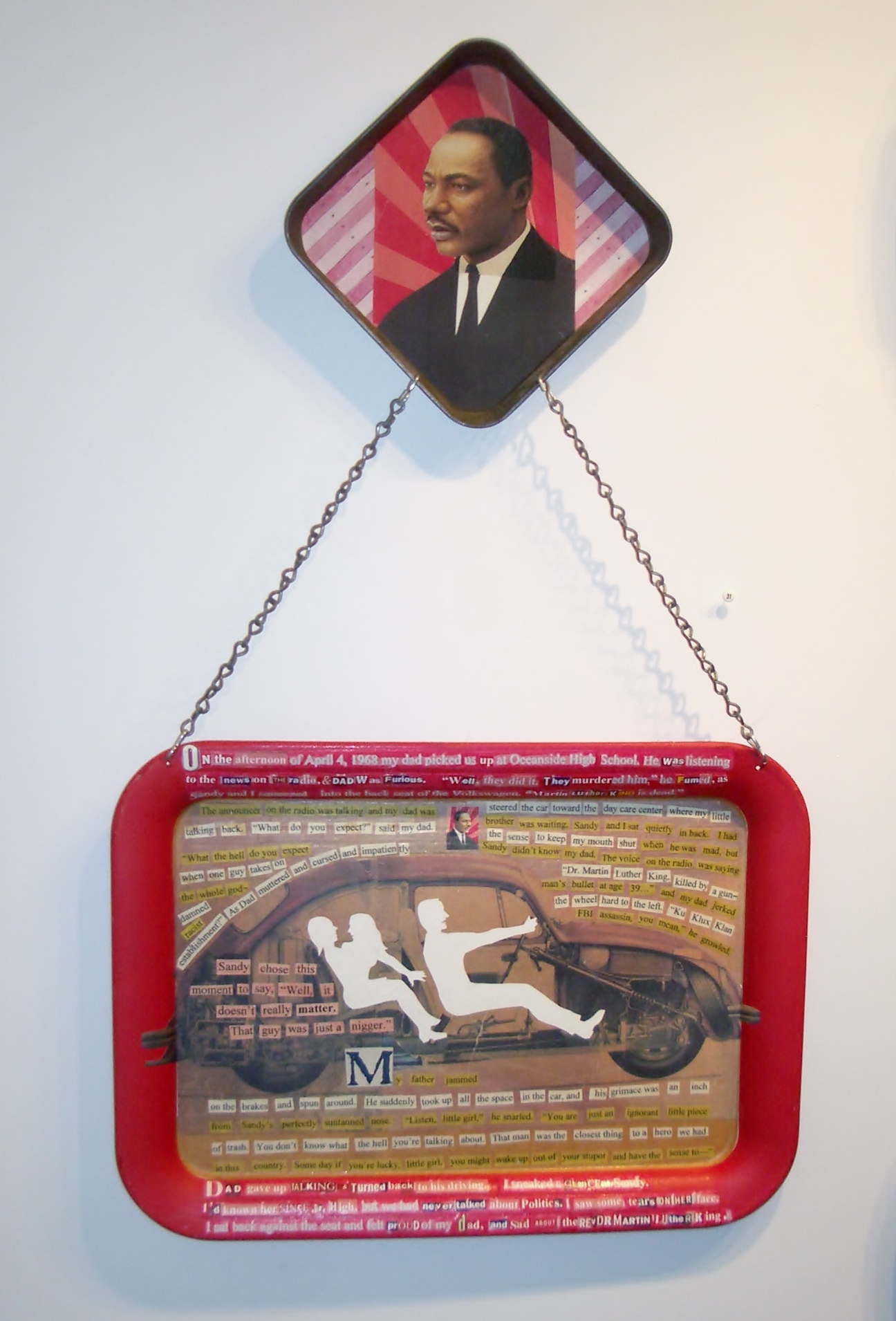 “On the afternoon of April 4, 1968 my dad picked us up at Oceanside High School. He was listening to the news on the radio, and Dad was furious. ‘Well, they did it. They murdered him,’ he fumed, as Sandy and I squeezed into the back seat of the Volkswagen. ‘Martin Luther King is dead.’ The announcer on the radio was talking and my dad was talking back. ‘What do you expect?’ said my dad. ‘What the hell do you expect when one guy takes on the whole goddamned racist establishment?’ As Dad muttered and cursed and impatiently steered the car toward the day care center where my little brother was waiting, Sandy and I sat quietly in back. I had the sense to keep my mouth shut when he was mad, but Sandy didn“™t know my dad. The voice on the radio was saying ‘Dr. Martin Luther King, killed by a gunman“™s bullet at age 39“¦’ and my dad jerked the wheel hard to the left. ‘Ku Klux Klan FBI assassin, you mean,’ he growled.

Sandy chose this moment to say, ‘Well, it doesn“™t really matter. That guy was just a nigger.’

My father jammed on the brakes and spun around. He suddenly took up all the space in the car, and his grimace was an inch from Sandy“™s perfectly suntanned nose. ‘Listen, little girl,’ he snarled. ‘You are just an ignorant little piece of trash. You don“™t know what the hell you“™re talking about. That man was the closest thing to a hero we had in this county. Some day if you“™re lucky, little girl, you might wake up out of your stupor and have the sense to—‘
Dad gave up talking and turned back to his driving. I sneaked a glance at Sandy. I“™d known her since Jr. High, but we had never talked about politics. I saw some tears on her face. I sat back against the seat and felt proud of my dad, and sad about the Rev. Dr. Martin Luther King.”

Ruby Re-Usable went to ArtsWest in Seattle this weekend to see Deborah Faye Lawrence: Dee-dee Redux, a retrospective of work by artist Deborah Lawrence.  We first encountered Deborah’s recycle art collages back in 2004, when we were both included in the Re-Store’s 3rd Annual Recycled Art Invitational (juried by Marita Dingus) at Ballard Works in Seattle, WA.  In 2008,  Olympia Dumpster Divers posted about her controversial ornament.   More pics from Saturday’s art opening HERE and HERE