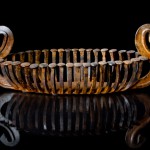 Last Friday, Olympia Dumpster Divers attended the Percival Landing sculpture exhibit kick off party here in Olympia, WA.  It was a lovely little reception at the Harbor House, where chips and dips and non-alcoholic beverages were served and ballots passed out for the People’s Choice 2014 Percival Plinth Project. 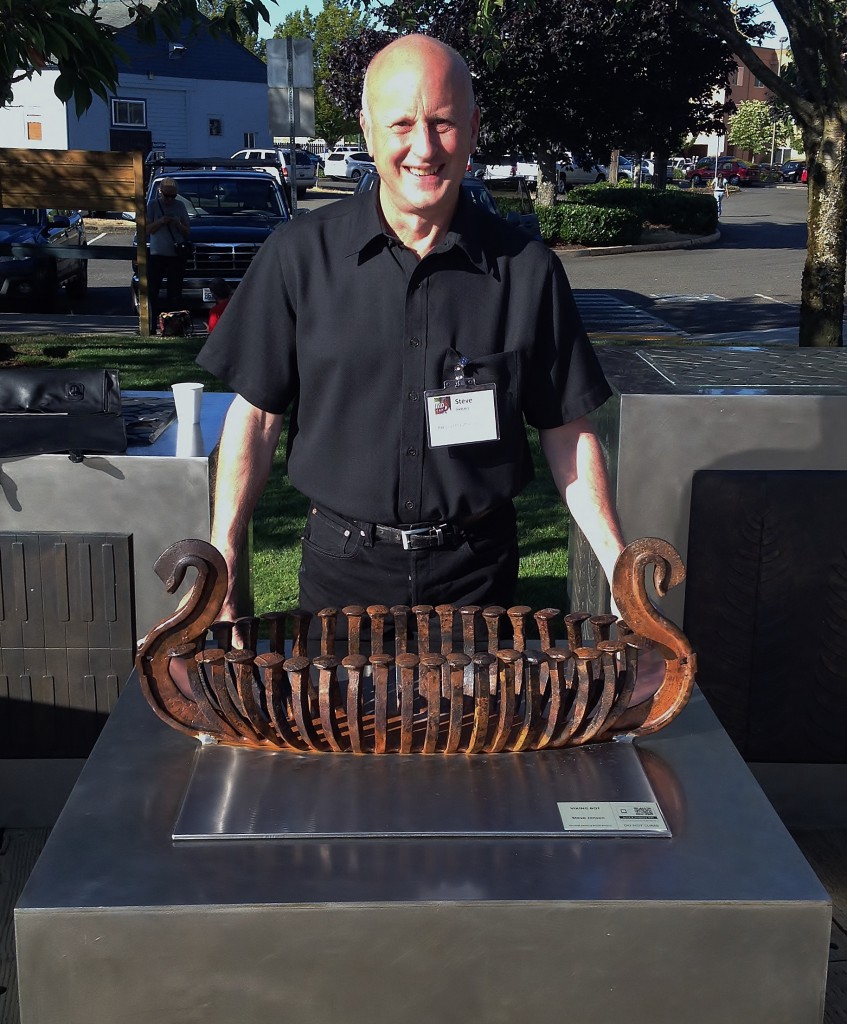 Several of the thirteen pieces on display are made from recycled materials: Bil Fleming‘s “Basin of Quenched Fire” is a reclaimed sea buoy mounted on a tractor cog; in one of its previous reincarnations, it also served as a backyard fire pan.  Don Freas made “OPENING (Ring Dance #9)” out of a scrap length of heavy channel iron, some three inch and six inch pipe, a salvaged sprinkler pipe, and a cast-iron table base.  John Vanek used repurposed metal for “Dignity in Labor.”

But our vote for best sculpture (made out of recycled materials, of course) is Steve Jensen‘s “Viking Bot.”  We admire the elegant simplicity of repurposing railroad spikes (found by our mutual friend/fellow upcycle artist Russ Morgan while walking the tracks) into a vessel full of symbolism.  Steve, a Seattle native, comes from a long line of Norwegian fishermen and boat builders.  The image of the boat is meant to symbolize a voyage to the other side, or the journey into the unknown:

My best friend Sylvain did a drawing of a boat. When he gave it to me, he asked if I would make a carved boat for his ashes when he passed. He died a month later and I carved a boat as close to Sylvain“™s drawing as possible. My mother came to Sylvain“™s funeral and was so moved by the boat I had made for Sylvain that she wanted my father“™s remains placed in a similar vessel when he passed. Since he was a Norwegian fisherman and boat builder, we buried the boat at sea, like a Viking funeral. Two years later when she passed, I created a boat for her and buried it at sea with my father. The day before John, my partner of twenty years, passed, he asked me to make a boat for his ashes. His wish was to be buried at sea with my parents. In the course of eight years I had tragically lost and buried everyone close to me.

Since that time I have created funeral boats for friends, family and pets. Art school never prepared me to work with human or animal ashes, but I feel honored to be asked and to have this opportunity. When I work with them, I feel transformed to another time or another place, an artist who has been asked to be both craftsman and mortician.

I began the Voyager Series to help me deal with my own grief and loss, and with hope to provide relief for others dealing with their own sorrow. I made this work as personal as possible because death is such a sensitive subject for many people. I felt that by exposing myself and my family, the viewers of this work might feel more at ease. Hopefully, for those who may be dealing with their own personal grief and loss, perhaps solace and insight can be found in this series.

I created the boats in this series approximately the same size as the actual boats used for burial. Carved in wood, painted, or sculpted, this work is a direct result of these experiences. Death is the one final thing we all have in common. The universal image of a boat in many cultures and civilizations symbolizes a voyage, perhaps the voyage to the “other side“, or the journey into the unknown. 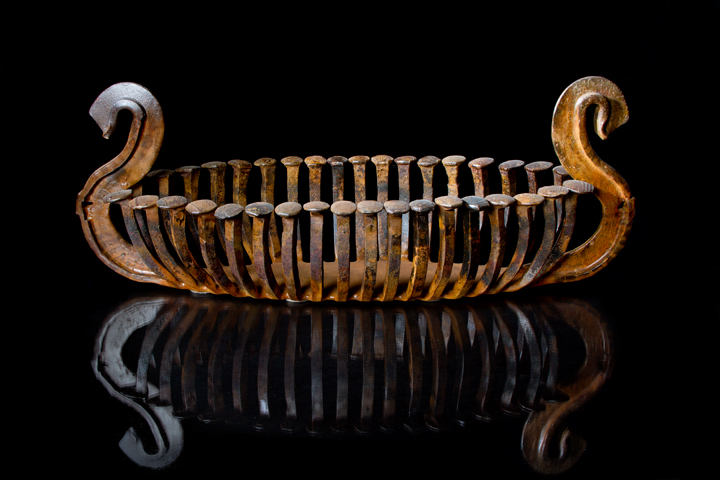 You have until August 31 to vote for your favorite 2014 Peoples“™ Choice Award Percival Landing Sculpture.  Read more in the 0lympian HERE