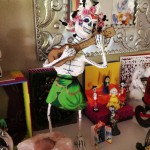 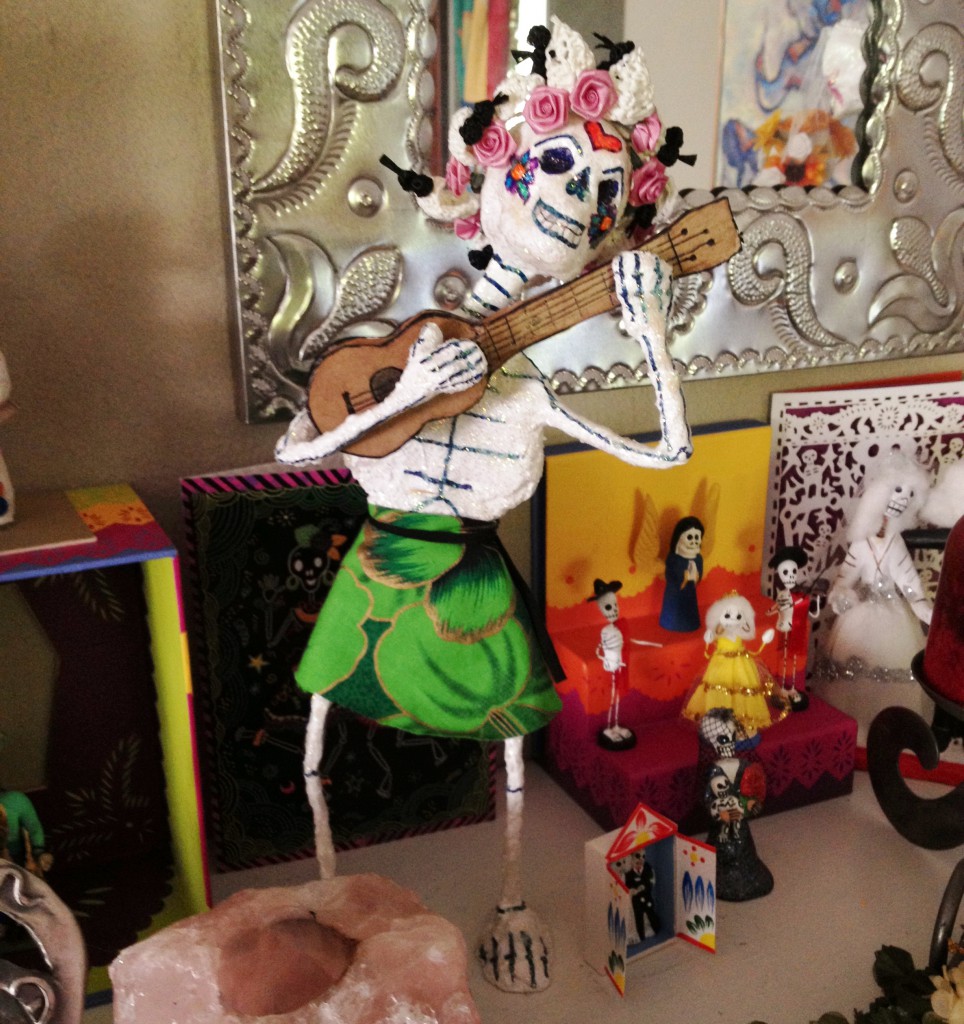 I started doing these Day of the Dead inspired skeletons in 2009, when my younger son was a student at the local public alternative high school and I volunteered to do a 4-day art workshop for the mini-unit session.  The students watched and discussed a video about Dia de los Muertos, and then had a choice as to who their skeleton would represent: a deceased ancestor, an archetype, a celebrity or historical figure, or, this being an art class, a self-portrait.  What I was surprised to discover was how the act of creating these figurines became a cathartic experience for some of the participants.

For the past 5 years, I have been presenting a shorter version of this workshop at the local community college, the libraries, and some middle schools.  Instead of using coat hanger wire, cardboard tubes, and paint, we use chenille stems, card stock, and markers; fabric scraps and other junk are used for both versions. More pics on flickr HERE 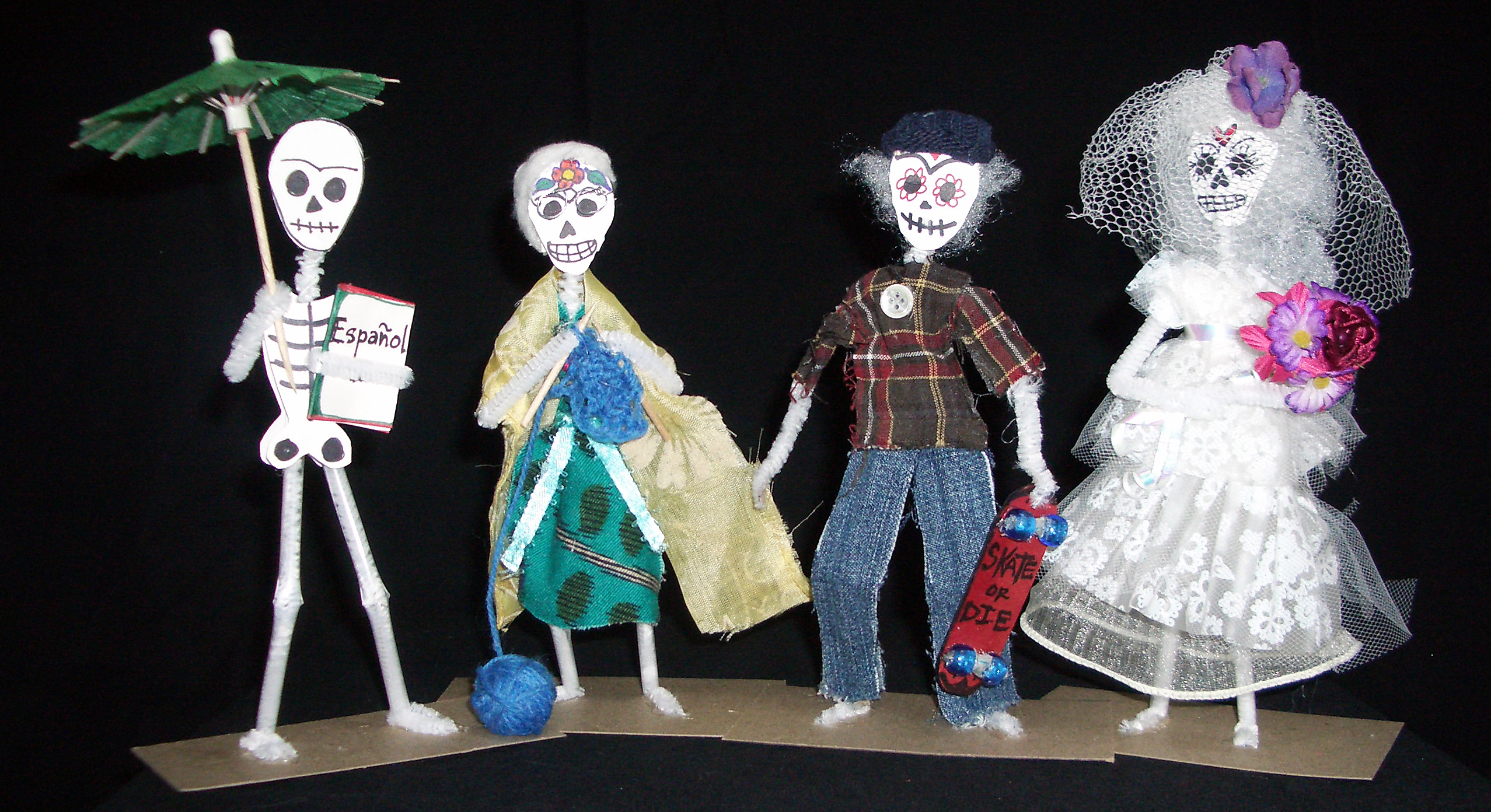 Day of the Dead figurines by Ruby Re-Usable

A friend sent a pic of a plastic jug skeleton that is currently hanging up on his street.  While I admire skeletons made from plastic jugs, I have never actually made one.  My friend Marita has made them (they were shown at the now defunct Francine Seders Gallery), and one year she gave me one; it hangs in my house all year round. 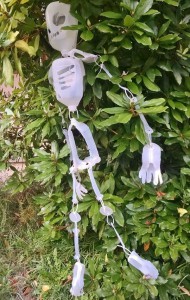 While searching for instructions on how to make a plastic jug skeleton, I came across this skeleton made from plastic cutlery and other white plastic things by Elliott Mariess 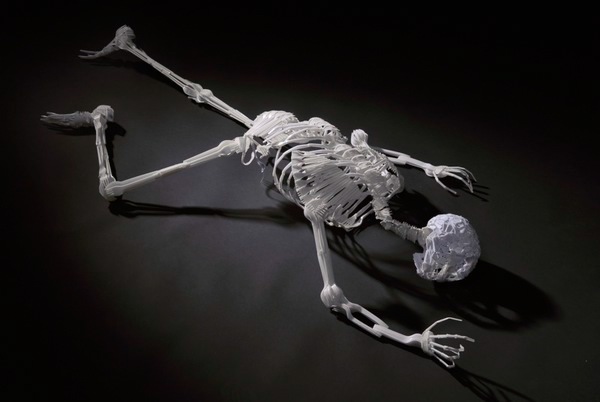 Skeleton imagery reminds us of our own mortality.  And while our bodies will eventually decompose, plastics are like the undead — although it does degrade, plastic does not die or decompose.  So I consider the “Waste Skeleton” a scary reminder of how plastics are unhealthy for humans.  BOO!