Some recycled art history:  Ruby Re-Usable’s first and only experience with a Tony Cragg piece was at the Portland Art Museum in 2002; made from grey and white bits of plastic stuff (including the lid from a film canister and a toy soldier), Grey Moon was created in 1985

Tony Cragg rose to public prominence during the early 1980“™s with a series of works in which previously used and discarded fragments were organized formally in the gallery setting.  Cragg won the prestigious Turner Prize in 1988. 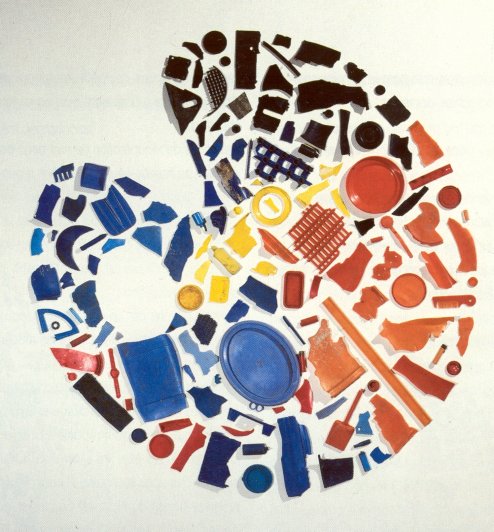