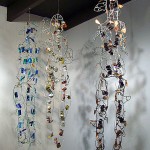 The 6th birthday of Olympia Dumpster Divers is this Friday, July 13.  We started the blog as a way to tell the story of “Ephemeral Folks,” Ruby Re-Usable’s HERE TODAY temporary art installation project for the City of Olympia in the summer of 2006.  After the project was over, we realized that we wanted to keep on posting about our own work, as well as the work of  our friends/fellow artists who create art from recycled materials, here in Olympia, the Pacific Northwest, the USA, and around the world.  We were and continue to be inspired by Cynthia K’s Art for Housewives, which we think of as the OG of recycle art blogs.  Two other trashy blogs that we love started up in the summer of 2006: Everyday Trash and The Visible Trash Society 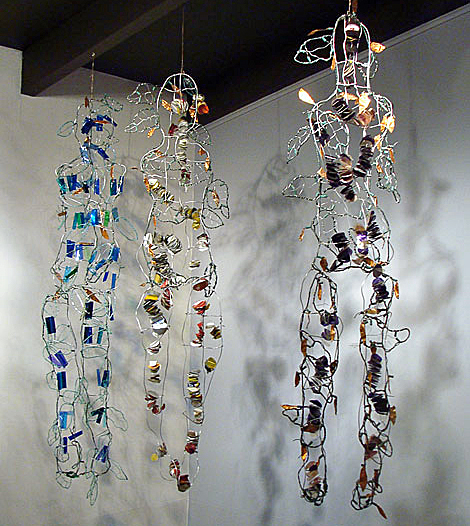 This blog was started on the birthday of our favorite recycle artist, who just had a show at Francine Seders Gallery in Seattle (June 8 – July 8, 2012):

For more than twenty-five years Marita Dingus has chosen to make art from castoff materials, and this choice and the reason behind it has largely shaped her work. In a 2008 statement she wrote: “I use discarded materials because I see people of African descent as being used during the institution of slavery and then discarded“¦The goal of my art remains to show people“™s ability not only to survive but to prosper under dire circumstances.“ Limiting her materials in this way has been a valuable constraint for Dingus. She has an unparalleled ability to select and combine unusual materials in unexpected and thought-provoking ways. Marita Dingus presents an eclectic body of work in her upcoming show. Her emphasis is on the figure“”painted faces, “fence people“ (figures set into architectural frameworks), and small freestanding or hanging figures“”but she continues to make fences and baskets as well. For several years Dingus incorporated glass elements into her work, but in this show she returns to her original mix of re-purposed fabric, leather, plastic, and found objects. 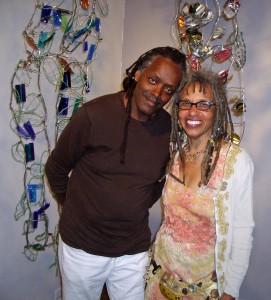 Marita and her beloved at Francine Seders Gallery

Showing with Marita in the main gallery was a Portland artist that we admire:

Mar Goman works in several art forms and with a variety of materials; nevertheless, there is a distinctive feel to her work that comes from its made-by-hand aesthetic and thematic grounding in spiritual traditions. The current show will include both two- and three-dimensional pieces. Goman“™s small collages, made from found vintage papers and objects as well as other media, often combine text with images. They are carefully composed and crafted but have the immediacy of diary pages. Her sculpture often consists of grouped multiple objects or figures that she has made and embellished with text, found objects, and other ephemera. Small in size and simply made of mundane materials, these works carry considerable spiritual weight. 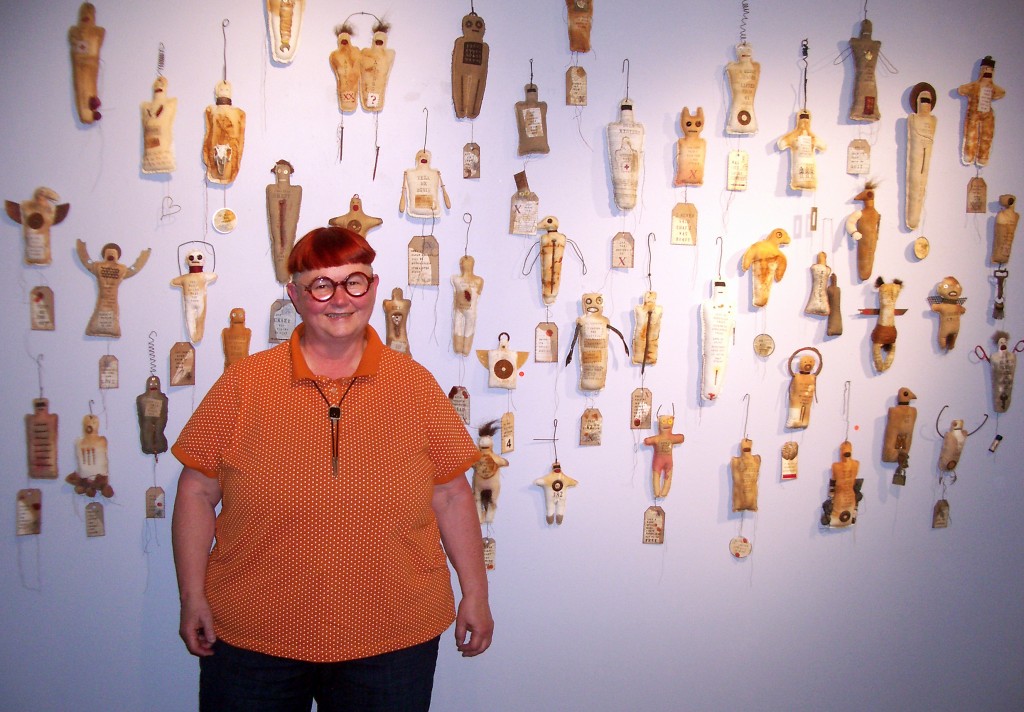