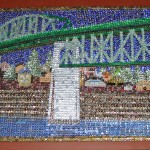 Olympia Dumpster Divers Ruby Re-Usable, Second-hand Sid, and Pat Trashoni went on a junk-finding excursion to Bremerton, WA on Wednesday, looking for potential art supplies and stuff at various thrift stores (we particularly love the St  Vinnie’s on Callow).  We also went to admire the work of Bremerton artist David Ryan, who created an homage to the old Manette Bridge out of 7,000+ bottle caps hammered onto plywood.  Ruby had read an article about David’s mural (New Bremerton Art: Bridge in Beer Bottle Caps) and was anxious to see it in person.  First we stopped at Fritz Fries because Sid had a hankering for fish and chips; David Ryan also has his stenciled records hanging on the wall there: 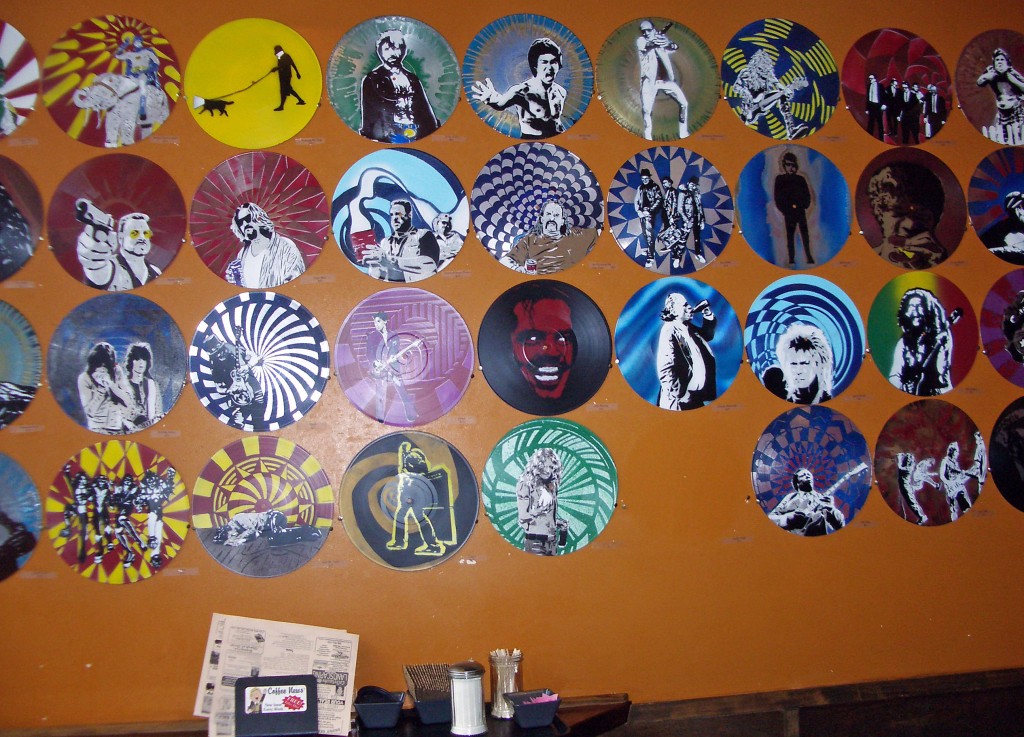 The bottle cap Manette Bridge mural at Der Blokken Brewery is hung above the doorway to the kitchen, which is a shame, because it is a bit difficult to view since it is up so high.

But it really is a trashtastic piece, and we really enjoyed ourselves at the brewery, sampling seven different kinds of beer on tap, which was good but we then we didn’t get any bottle caps to take home!  Read more about the making of the Manette Bridge bottle cap mural HERE