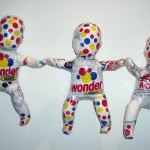 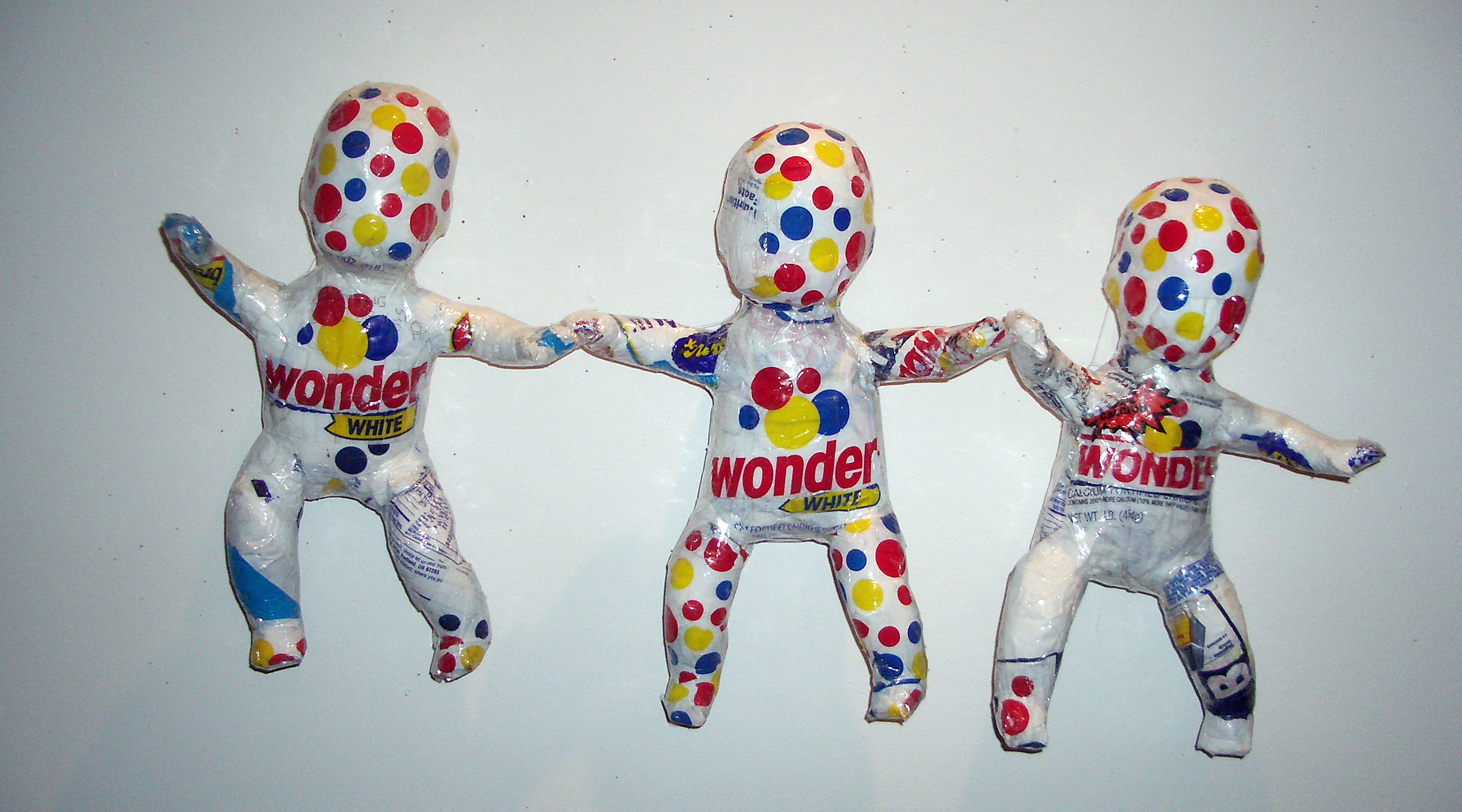 Ruby Re-Usable has reused Wonder Bread bags in her mixed recycled media dolls and sculptures since 2000, when her then ten year old son, who was raised on whole wheat and tofu, demanded red meat and white bread. 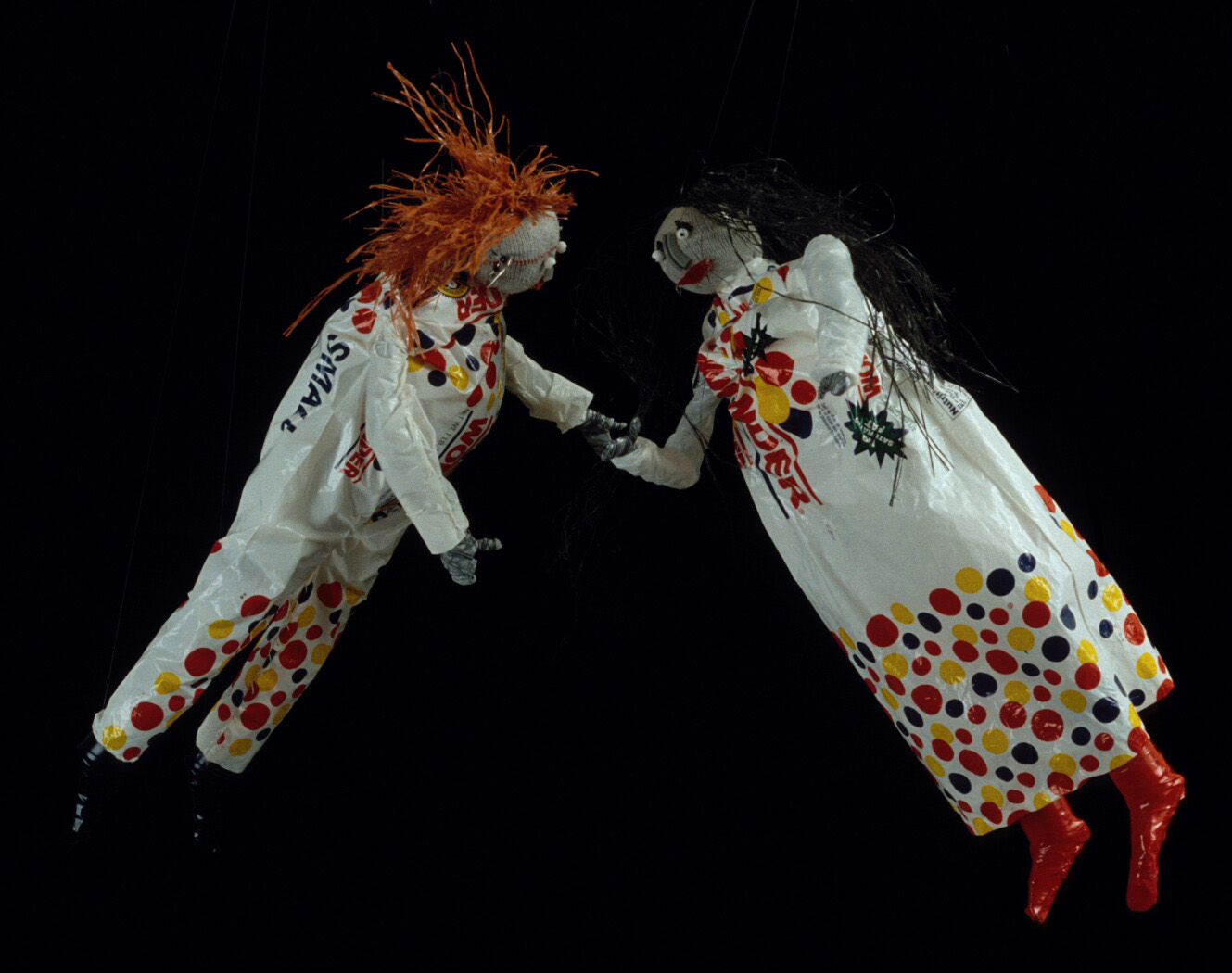 The Unbearable Whiteness of Being series by Ruby Re-Usable 2000

While her son no longer eats Wonder Bread, Ruby continued to create art with the bags when she could.  Her Wonder Bread bag art has won awards and has been included in museum and gallery exhibits around the world (and is currently at Matter Gallery) 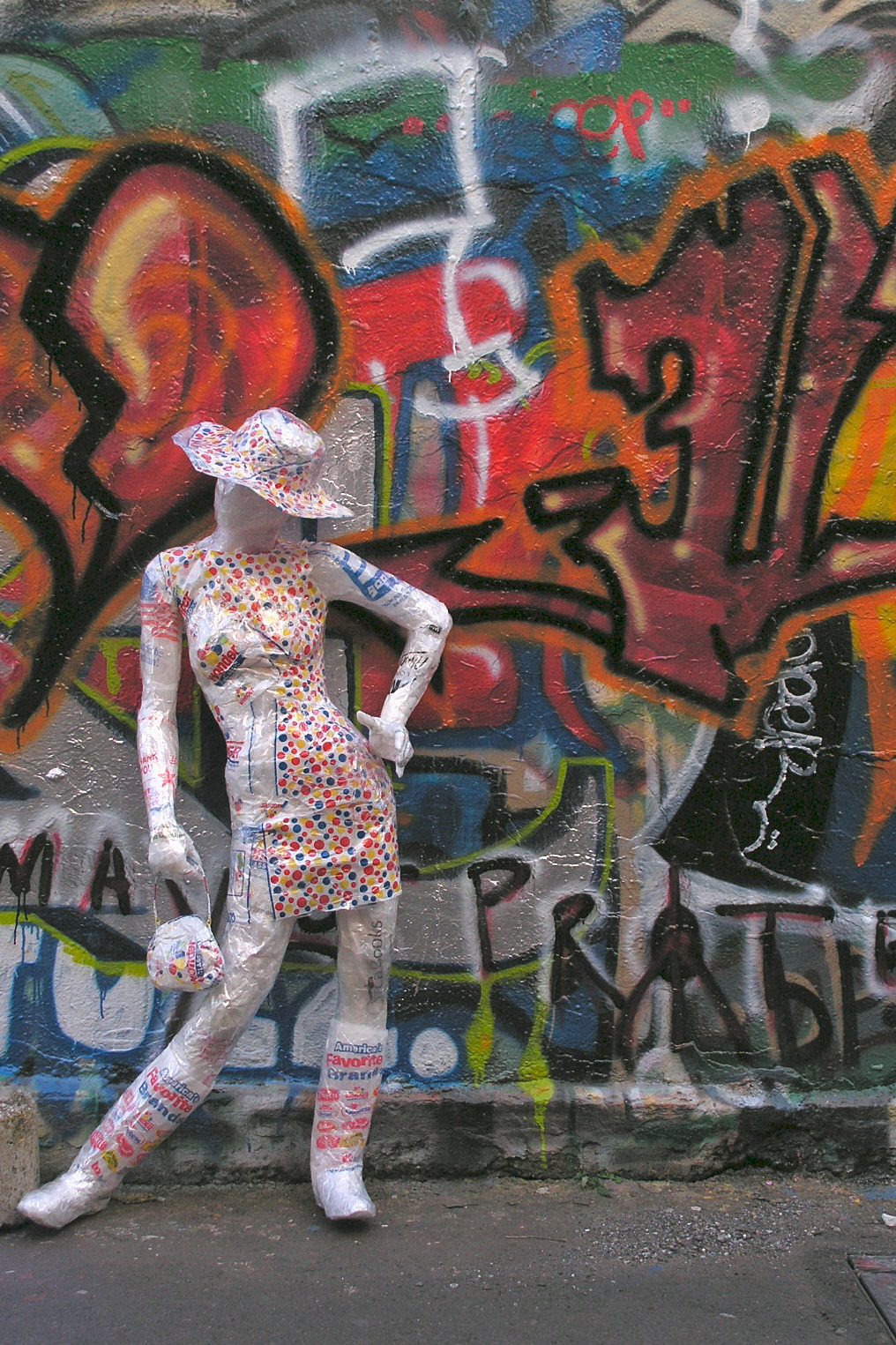 Bag Lady in the Alley by Ruby Re-Usable 2006

Alas, now Wonder Bread and its colorful bags will no longer be available.  What will she do now, you wonder?  Well,  Ruby Re-Usable will continue to Make Art, Not Waste, of course!

Read more about The Life and Death of Wonder Bread 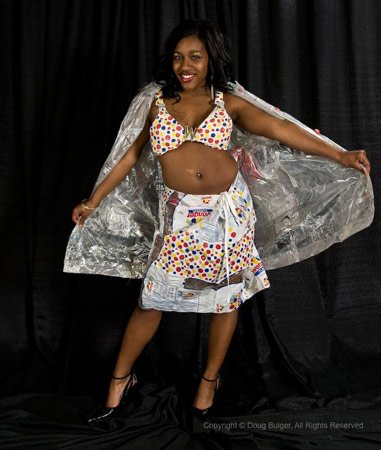